The Wing-Gate™ is an automatic retractable curb inlet screen cover (ARS) that prohibits most trash and debris from entering storm drains during the dry season, while opening automatically during specific water flow conditions to prevent street flooding. The device's screened gate remains in a closed position during the dry season or low water flow, and the retained pollutants can be removed using routine street sweeping. During periods of increased or heavy water flow, the Wing-Gate™ screen will open with the pressure of water on the screen face, allowing water to flow into the catch basin. The device is capable of opening for a calibrated amount of water flow. As a storm subsides the spring-activated screen gate will automatically return to the closed position.

Wing-Gate™ Drawing Download (PDF)
Note: The locking down feature shown in the drawing is optional.

The Wing-Gate™ is Made of All Stainless Steel Materials 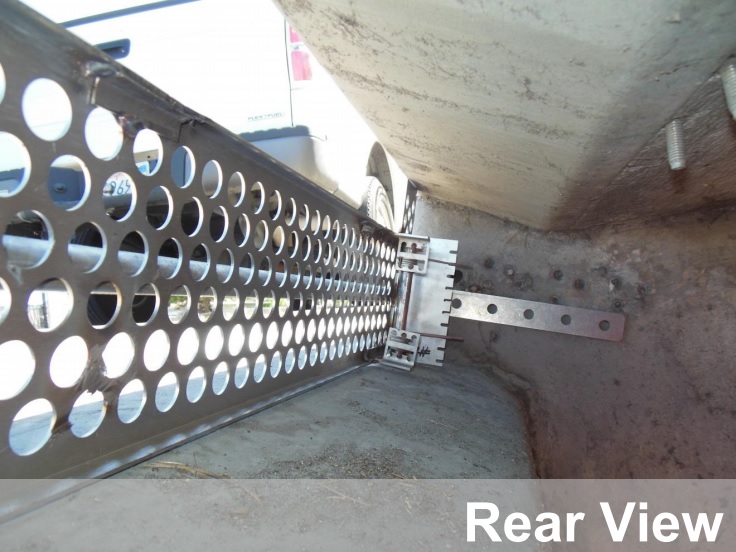 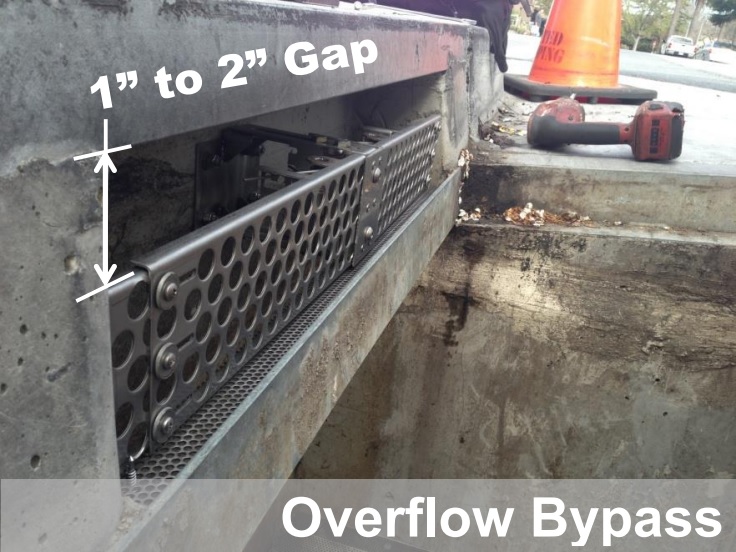 Ask to see a demonstration of the Wing-Gate™ automatic retractable screen in action!