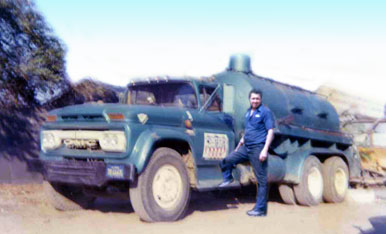 Our founder, Eduardo T. Perry, was born in a small border town in Texas. His family was very poor, and he quit school in the 4th grade to work in the fields and help support the family. He left Texas and came to California at age 15. He traveled up and down the state picking crops as a migrant worker, working in car washes and finally landed a job in a factory as a die caster where he made aluminum castings. In 1960, he began working for a trucking company driving a vacuum truck, where he was later promoted to dispatcher and manager. In 1970, he gathered all of his life savings and borrowed money to purchase a used vacuum truck and started United Pumping Service. He wore many hats. He was the truck driver, mechanic and salesman. With a great deal of hard work and sacrifice, he grew his company and purchased two more trucks. By 1974, United Pumping was incorporated and employed seven people.

Eduardo's strong work ethic was passed on to his employees, which included his brother, two sons and two daughters. Always forwardthinking, he continued growing the company and eventually purchased its first truck terminal. What he lacked in formal education, he made up for in good business sense and strong work ethic. By 1981, United Pumping Service ran out of room at its location, and so he purchased property in the City of Industry, where the United headquarters are still located today. Again, looking towards the future and eager to reinvest in the family business, he purchased neighboring properties and built the offices and facilities for both United Pumping Service and United Storm Water.

Over time Eduardo has passed the baton to the second generation of his family to continue the family business enterprise, serving southern California and surrounding areas as a pioneer in the fields of environmental remediation and transportation, storm water management and traffic control products and services. Today, Eduardo is involved principally in capitol improvements. However, the mold that he cast when he started the first family company in 1970 is still in tact. How did he do it? "Hard work, commitment, personal sacrifice and always reinvest!" 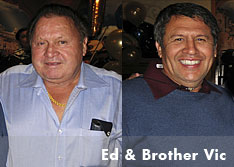 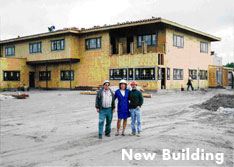 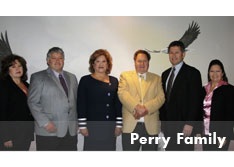